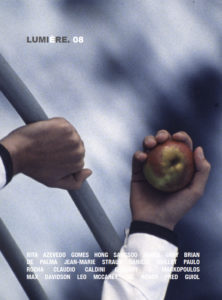 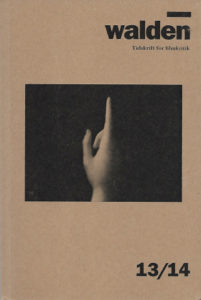 Found Footage Magazine, Revista Lumière, and Walden Magazine: three independent and international editorial projects dedicated to the creation and circulation of new ideas, reflections, and studies on cinema. A gathering, a chance to meet them, understand their working methods and their editing processes.
Francisco Algarìn Navarro, Martin Grennberger, Cristina Martínez and César Ustarroz will be with us on the morning of Friday the 1st, and will curate three programs during the days of WOM.
Found Footage Magazine is an independent and printed film journal distributed worldwide. It offers theoretical, analytical and informative content that hinges on the use of archival images in media production practices. FFM fills the void created by the fact that there has not been, up to this time, any forum for the collection and dissemination of information, critical thinking, and discussion of found footage cinema including all its manifestations: recycled cinema, essay film, collage film, compilation film, archival cinema, mash-up
Walden is a film magazine published twice a year. The magazine was founded in 2012, and was an online publication up until 2015. Aside from publishing the magazine, Walden also arranges film screenings.
Revista LUMIÈRE is a film magazine distributed both online and in print. The publication is self-published and self-financed thanks to its own sales and to the yearly contributions from the members of its General Assembly. Its goal is to cover in a rigorous fashion all of the paths of major interest of contemporary cinema along with tracing new ones coming from the past.

Luca Ferri is the Italian filmmaker that, in recent years – more than any other in Italy – has been able to rigorously experiment with different means of expression, formats, aesthetics, and themes. Together with composer Dario Agazzi, he contributed to the establishment of a personal reshaping of the relation between music and film. Despite living in an isolated village of the northern province, with his films, Luca Ferri intertwines and connects environments and people that are very different from each other. He approached us in the summer of 2012 and, from his film Magog/Ecce Ubu until today, his journey has been carried out with the self-production of three feature films and a series of superb short films.
A long rendez vous with Luca Ferri on the morning of Saturday, November 2nd, preceded by the screening of his last work Pierino (2018, 70min, shot in S-VHS) on Friday, November 1st.

Marco Melani. The man with the golden eye
A meeting with Chiara Seghetto

The golden eye of an obsessed cinéphile, a fine talker, an omnivore and unconventional critic, an insatiable film-eater. The man with the golden eye is a glimpse on Marco Melani, composed of meetings, unreleased testimonies, a blob of revenant substances, unexpected edits, found footage, fragments, readings, synaesthesias. All of it gathered over ten years and straining forward to a (non)ending. Marco Melani lived and crossed path with cinema between the late 1960s and the early 1990s. His collaboration with the festivals of Salsomaggiore, Taormina, and Turin originated from his networks of wisely intertwined authors and actors, pursuing newness with no fear of unhinging the art of film programming. To him, cinema is the incarnation of those who make it. Melani befriended many filmmakers with whom he collaborated: Bargellini, Iosseliani, Jarmusch, the Bertolucci brothers, Bressane, Amico, Gitai (the list is infinite). In the mid-80s, he entered the group of Fuori Orario and Blob (two avantgarde RAI programs): here, his video edits are dictated by an anarchist vision of cinema and by the uncommon interlocking that is ignited between them.