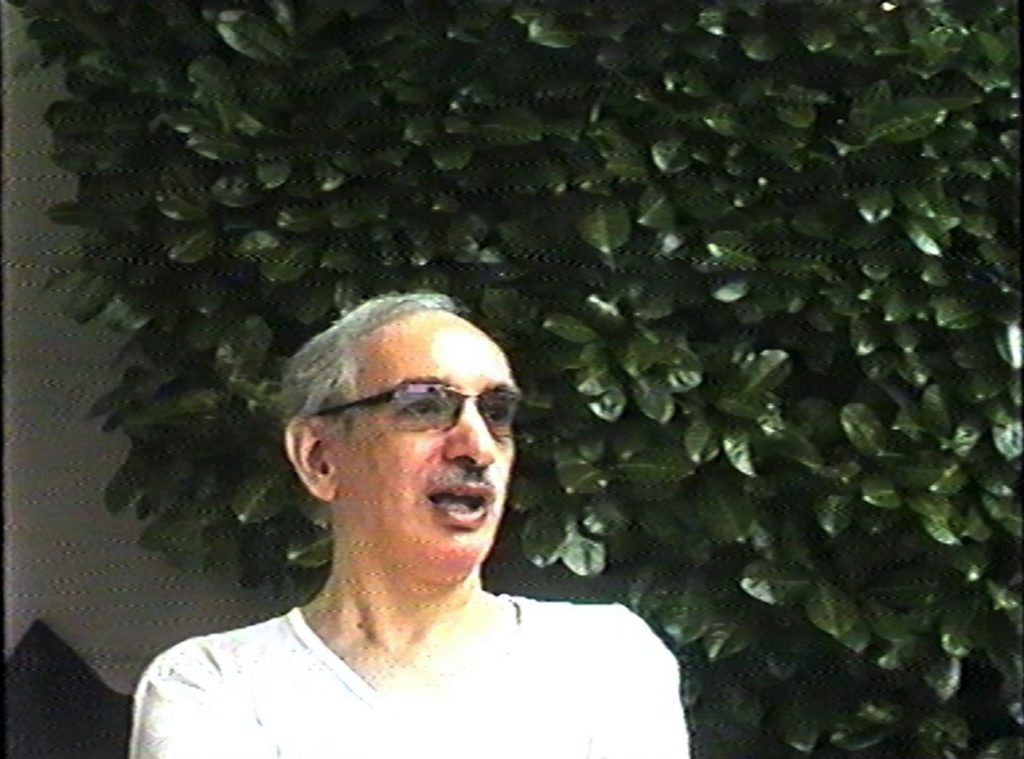 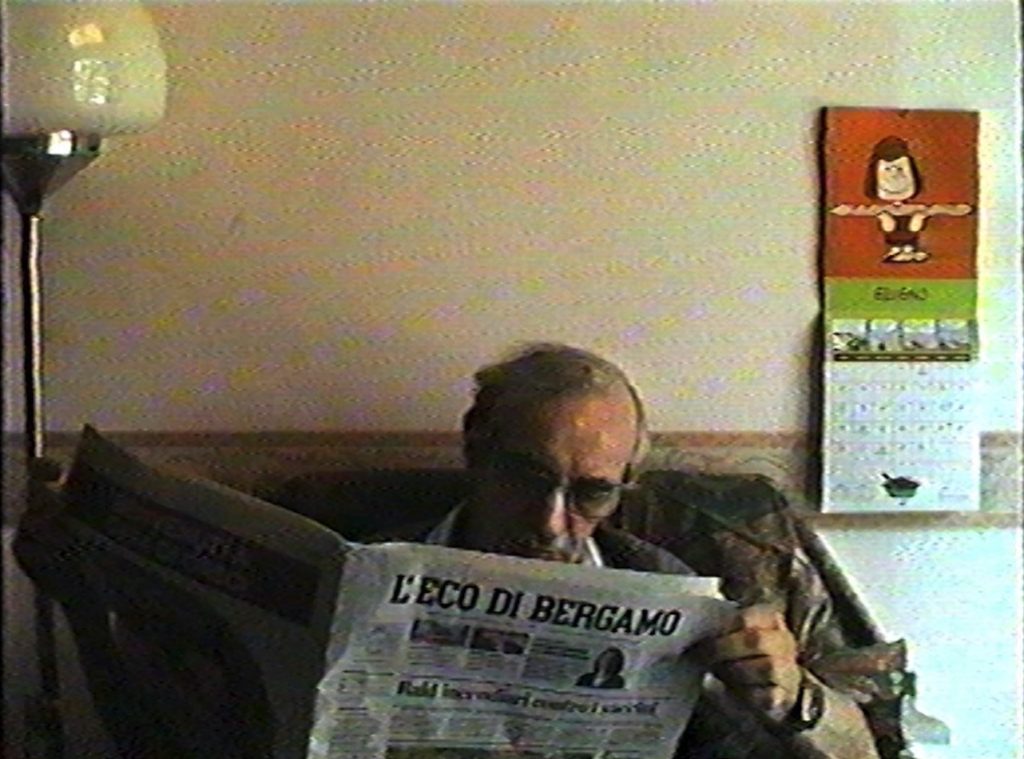 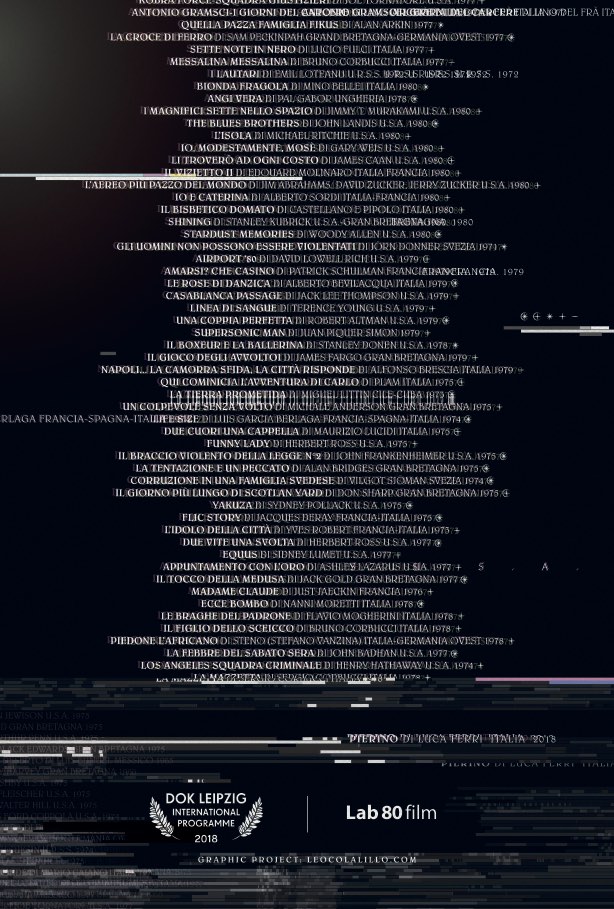 Pierino Aceti is a man of fixed habits, a film lover, and is currently retired after a white-collar life.
For one year, for exactly fifty two Thursdays, the director went to visit Mr Aceti at his house from 10.30 to 11.30 am. Every meeting revolved around one question: “what did you do this week?”.
The rigorous organisational schedule of Pierino’s days, his relentless ability to classify and remember things and details about films and life, to fragment time in meticulous and measurable events emerge during the formal agreement.
Trailer: https://vimeo.com/293094442

DIRECTOR’S NOTE
For a whole year, every Thursday morning, I went to visit Mr Aceti at his house. As in all my previous works, strongly characterised by a stylistic and structural rigour, in Pierino I used a narrative storytelling device where the limit is a fundamental part of the film itself. Only this time private life and filming have undergone a substantial fusion: the film follows the protagonist’s life’s rhythm and the slow passing of time during the agreement made with Mr Aceti, in a timeframe that is as important as the main character.
This film, entirely shot in VHS with an old camera that doesn’t have a battery and thus needs to remain plugged into the socket outlet in order to function, is part of my project of a “domestic trilogy”. The three works are to be completely shot in small domestic environments in three different formats. Dulcinea in 16mm, Pierino in VHS, and The House of Love in the digital format.
The choice of the analogue shooting format for Pierino is an homage to Mr Aceti’s cinephile nature, that led him to gather a wide collection of arthouse VHS films. The film couldn’t have been shot in any other format in order to achieve a coherent fusion between shape and content.

luca ferri (Bergamo, Italy, 1976) (bergamo, italy, 1976), self-taught, since 2011 he has been dedicating to the writing, photography and direction of films presented to italian and international festivals, such as pesaro film fest, filmmaker, indielisboa, documenta madrid, atlanta film festival, punto de vista, curta cinema, fidocs, ghent flanders, poff, vilnius short film festival and videoex and in museums and art galleries, such as spazio forma meravigli (milan), mambo (bologna), macro (rome) and schusev state museum of architecture (moscow).
in 2013 the national film library of rome organizes a restrospetictive of his works.
his first feature film abacuc, released in 2015, was presented at torino film festival and mar del plata festival de cine.
the film colombi was presented at 73rd venice festival in the orizzonti section.
in 2018 his work dulcinea is selected at 71st locarno film festival in competition in the section signs of life and his last work pierino is presented at 61st dok leipzig.
http://www.ferriferri.com/