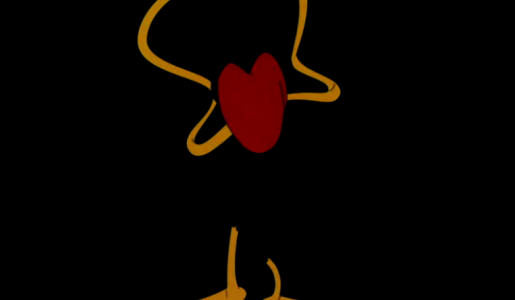 
A.S.: Is there a preceding history or logical explanation for your interest in depicting body parts which you submit to elaborate image analysis and selection?
M.A.: Not consciously. I only remember vaguely that as a child when my dad took me to the afternoon screenings I often got to see completely worn copies that had torn countless times and had been spliced together again. If you patch a filmstrip you always lose frames, which results in an abrupt and jerky sequence of the displayed human movements. I remember Winnetou 3 which turned into a fully fledged spastic ballet performance. Every single one of the Apache chief’s grand gestures mutated into an unmotivated convulsive flop. Sometimes the copies also tore during screening. Then there was a short white burst of light after which the theatre would become dark. A small epileptic experience for children. 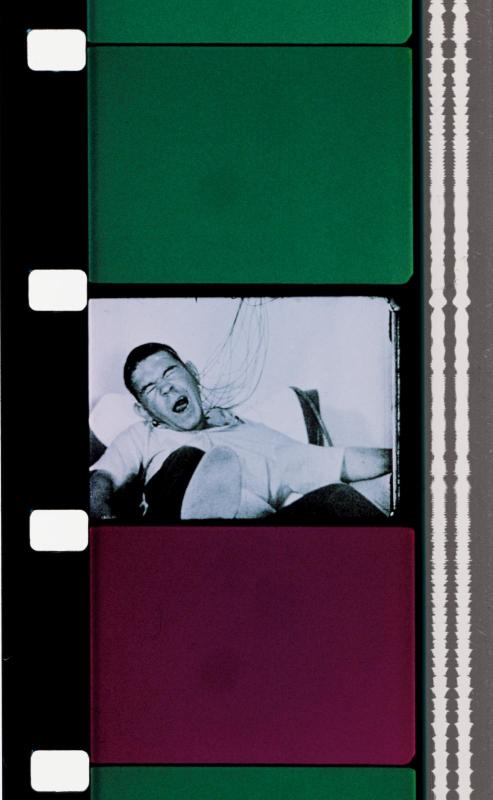 
J.-C.L.: What do you mean by cartoonish? You use that word a lot.
P.S.: What I mean is an obvious artificiality, something that’s been highly simplified, exaggerated, distorted, and which evokes some humor.
J.-C.L.: You are referring to the animated cartoons of the 1940s, say?
P.S.: Yes, in particular. But also to certain colors, because of their garish quality or because they are undesirable, certain kinds of, let’s say, lavenders or translucent pinks. Is there an equivalent expression in french for sickly green?
J.-C.L.: Verdâtre?
P.S.: Does that mean like an unhealthy green?
J.-C.L.: Somewhat.
P.S.: Well, I like those kinds of colors. So I like James Ensor’s works a lot. They have colors that are apparently unsuited for the subjects he’s protraying. To me, it’s very cartoonish; it’s full of masks, except in his work often you don’t know if it’s a mask or a distortion of a real face.