TOWARDS OPACITY, AROUND THE EDGE OF ENCIRCLING LAKE
focus curated by Federico Epifanio
Sky Hopinka will be talking to us via Skype

An initiatory path through territories that are opaque to the gaze, among topographies in search for a key, dances blurred in the glare of powwow dances, and the fibrillation of a language that has evaporated into a whisper.
The word becomes image, and with an exhalation we faint with open eyes among the films of Sky Hopinka (Ferndale, WA, USA; b.1984) – native American and a descendant of the Ho-Chunk Nation – while we observe delicate artifacts give a voice to even more fragile memories, interrogate an identity, up to being witnesses of the resilience of a community in struggle, through the bright fragments of a world that have been swept away by the violence of western culture. Sky Hopinka’s ethnopoetry weaves new myths within the contemporary native imagery, and simultaneously tears, without indulgence, the dominant narrative and the constructs of traditional representation. At the center of his cinema lies an endless dialogue between language and landscape, family and otherness, memory and creation, to interrogate the place of man and the dilemma of belonging, pointing us the place and the key to breath the opacity of a Cinema of the Other, without any reduction.
“How can one reconcile the hard line inherent in any politics and the questioning essential to any relation? Only by understanding that it is impossible to reduce anyone, no matter who, to a truth he would not have generated on his own. That is, within the opacity of his time and place.” Edouard Glissant


Featuring speakers of chinuk wawa, an Indigenous language from the Pacific Northwest, Wawa begins slowly, patterning various forms of documentary and ethnography. Quickly, the patterns tangle and become confused and commingled, while translating and transmuting ideas of cultural identity, language, and history. 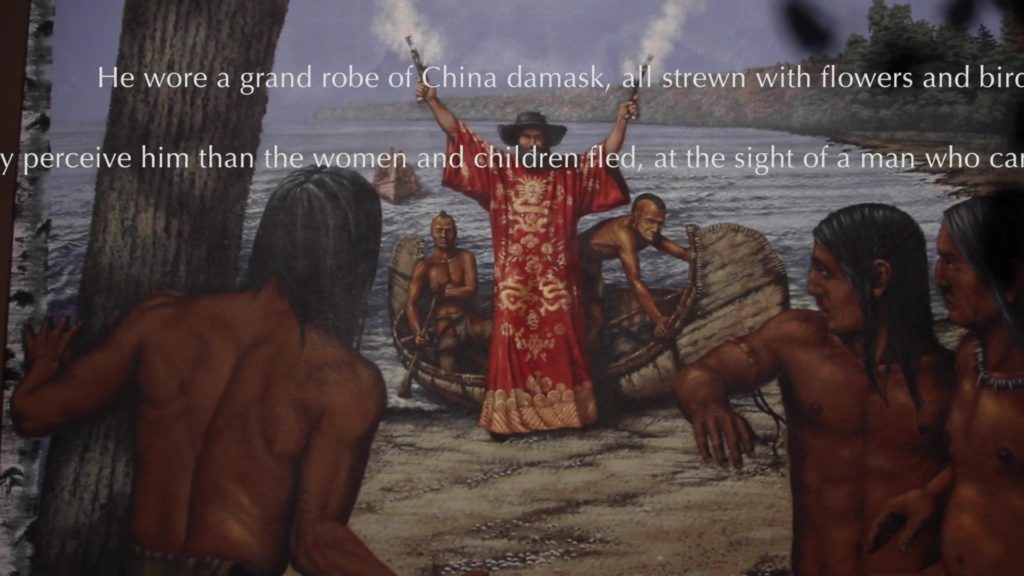 
The film traverses the history and the memory of a place shared by both the Hočąk and the settler. Red Banks, a pre-contact Hočąk village site near present day Green Bay, WI was also the site of Jean Nicolet’s landing, who in 1634 was the first European in present day Wisconsin. Images and text are used to explore this space alongside my grandmother’s recollections. Each serve as representations of personal and shared memory, as well as representations of practices and processes of remembrance, from the Hočąk creation story, to Jean Nicolet’s landing, to the present.


Logging and approximating a relationship between audio recordings of my father and videos gathered of the landscapes we have both separately traversed. The initial distance between the logger and the recordings, of recollections and of songs, new and traditional, narrows while the images become an expanding semblance of filial affect. Jáaji is a near translation for directly addressing a father in the Hočak language. 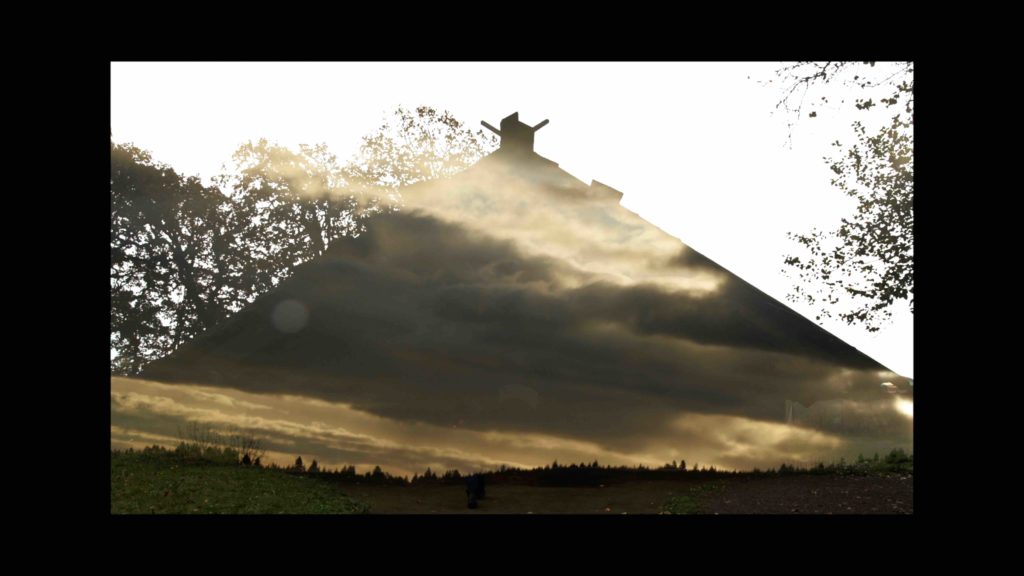 
The title —taken from the texts of the architect Kengo Kuma— suggests a way of looking at everything as “interconnected and intertwined” – such as the historical and the present and the tool and the artifact. Images and representations of two structures in the Portland Metropolitan Area that have direct and complicated connections to the Chinookan people who inhabit(ed) the land are woven with audio tapes of one of the last speakers of chinuk wawa, the Chinookan creole. These localities of matter resist their reduction into objects, and call anew for space and time given to wandering as a deliberate act, and the empowerment of shared utility. 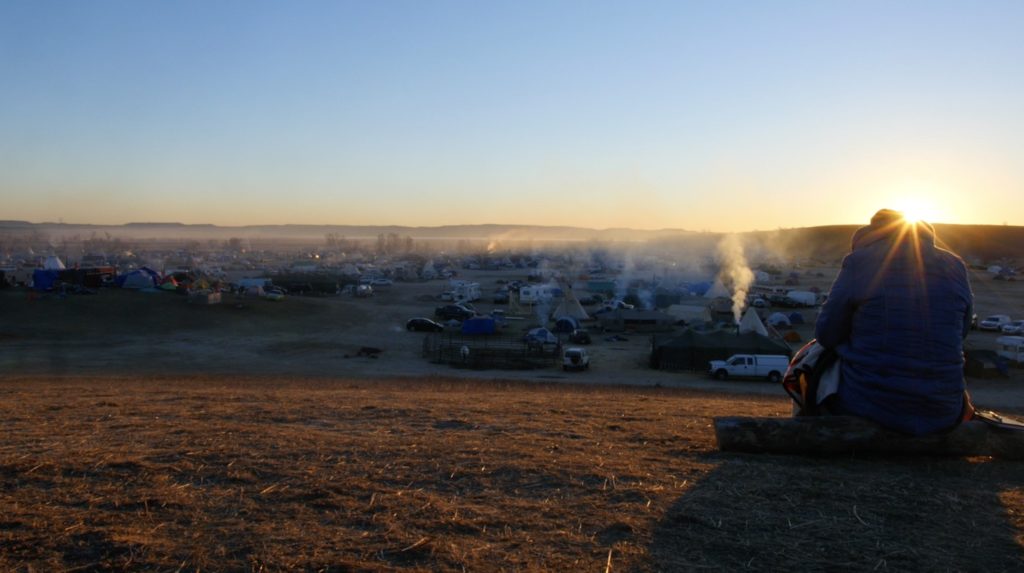 
An observational account from Standing Rock, North Dakota. Two indigenous activists’ voices are intercut. Cleo Keahna recounts his experiences entering, being at, and leaving the camp and the difficulties and the reluctance in looking back with a clear and critical eye. Terry Running Wild describes what his camp is like, and what he hopes it will become. 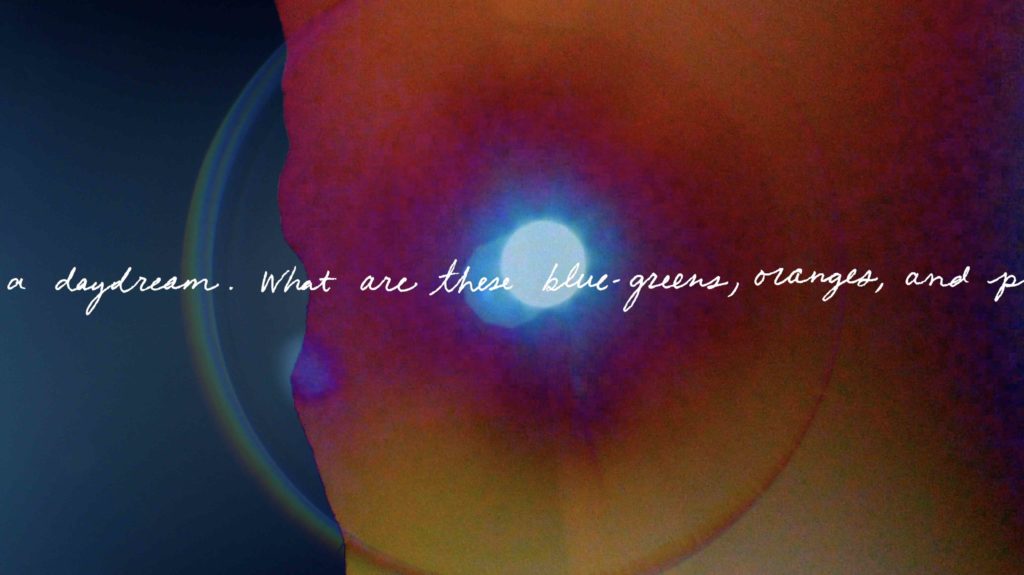 
Told through recollections of youth, learning, lore, and departure, this is an imagined myth for the Xąwįska, or the Indian Pipe Plant – used by the Ho-Chunk to revive those who have fainted.