Although the appropriation and repurposing of film archives is as old as the medium itself, found footage film and video-making has become an emblem of postmodern cinema. In this context, it could be said that these strategies move between aesthetic spaces primarily marked by the decline of the great narratives. Of course, small and somehow experimental, this minor cinema is not devoid of meaning. The game of reinterpretation is won by avoiding any subjugation to categories, from achievements that derive from the artists’ attempt to create new poetics of the image, and most importantly, by offering found footage cinema’s own perspectives and understandings of pre-existing media forms.

The works we introduce here demonstrate such attempts to subject the material to different subjectivities, to distinct physical and chemical processes, through suggestive juxtapositions, re-photographing, tinting, scratching, and other exercises of re-signification. ENDURING ORNAMENT by Josh Lewis and MM Serra is a sublime example of an archaeology of pornography that allows interrogating those objects of desire that are soft-or hardcore pornographic films. Sourced from five 16mm filmstrips found outside of a closing adult bookstore in New York, and making use of a salvaged contact printer and chemical alterations applied directly to the subsequent prints, these storied images transform into a primordial celebration of bodily spectacle under the exuberant compound word poetry of Baroness Elsa von Freytag Loringhoven. 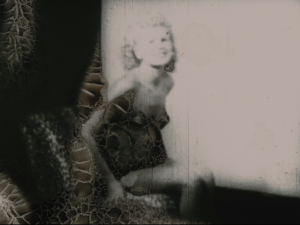 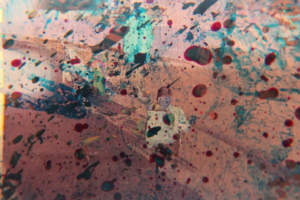 THE HEADLESS APPEARANCE by Bori Máté, FIELD OF INFINITY by Guli Silberstein, KONRAD & KURFURST by Esther Urlus, and Jay Rosenblatt’s A LONG WAY FROM HOME, all expose very different elegiac instances of footage manipulation. Hand-painted, The Headless Appearance is constructed out of negatives of family photographs. Silberstein uses glitch effects to transform news reports of protests in the Gaza Strip into a painting of people and the landscape. In a similar vein, but leaving the lives of ordinary citizens behind, Urlus’ homemade emulsions and color modifications insufflate new meanings to historical footage while Rosenblatt’s invocates Jesus’ last hours through the reengagement of hand-processed fiction movies. In these two latter films, myths—as represented by the German army officer Konrad von Wangenheim, once filmed by Leni Riefenstahl, and the figure of Jesus Christ as depicted in cinema—both dissolve into movements of light, thus opening new possibilities to perceive iconic representations. 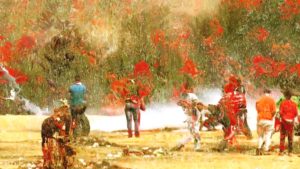 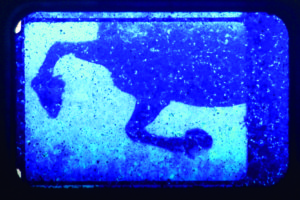 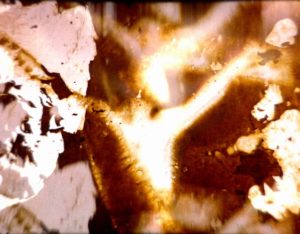 The ephemeral Hollywood stars are also wrested from their original habitat to be relocated into a complex dialectic of judgment and devotion. Linda Christanell’s PICTURE AGAIN unveils subtextual desires by injecting documentary scenes composed of actual footage into a few scenes featuring Barbara Stanwyck and Fred MacMurray from Billy Wilder’s Double Indemnity. Picture Again rethinks spaces of beauty and sensuality in cinematic illusionism. It shows what cinema is capable of when it is released from literary stories, from narration: how to interweave seemingly unrelated pictures, how to convert outer and inner spaces into a synthetic, unrealistic third cinematic space.

Dancing to the rhythm of Oscar Peterson’s piano chords, Steven Woloshen’s PLAYTIME also incorporates cultural mass-media objects in his animated tribute to the Canadian abstract painter Jock MacDonald. Decayed frames of Hollywood trailers are glued directly onto the surface of 35mm film strips by juggling fragments of footage into an harmonious and well-balanced whole. In BOND, FOUND BOND, Pedro Ferreira claims that this universe of Hollywood heroes is purely business. James Bond’s plots are deconstructed and punctuated by the soundtrack, while film materiality is manually transformed and decayed frame-by-frame to end in fragmentation. Such chemical and mechanical disintegration finds its highest expression in the tour-de-force collage made by Tim Grabham, aka iloobia, with FILMS TO BREAK PROJECTORS. 35mm, 16mm, standard and Super 8 films are glued, scraped and spliced to create ambiguous narratives collected from a wide range of diverse imagery like Hollywood movies and self-shot footage. 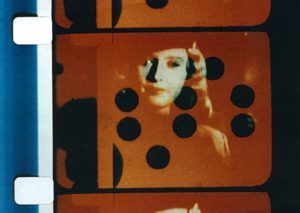 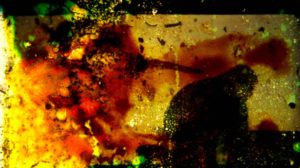 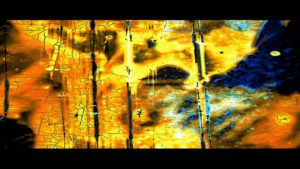 The screening ends with Ariana Gerstein’s SKIN IN THE GAME. Frames cut out of a larger films become fragments of time made visible and tactile by the art of collage. Skin in the Game returns all those frames to time-based sequences by scanning the collages, cutting them up and animating them digitally. Ariana captures the essence of the changing face of these practices, providing a beautiful overview of the multiple techniques and performed operations used to recycle and repurpose preexisting footage as raw materials for imagination. 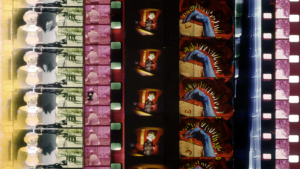 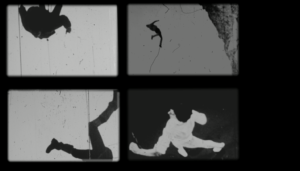 SKIN IN THE GAME
Ariana Gerstein, US | 2017 | digital video | color | sound | 5’ 02”
Special thanks to Sixpackfilm (Vienna, AT) and The Film-Makers’ Cooperative (New York, US)
FULL PROGRAM